A Virtual visit to

A Historic Community in Southwest Baltimore

Pigtown is a historic community in southwest Baltimore known for being one of the most culturally and economically diverse in the city. Just blocks from the M&T Bank Stadium, Camden Yards, the Inner Harbor, and the B&O Railroad Museum, Pigtown is an amazing place to live, work, and raise a family. Pigtown can trace its roots to the mid-19th century, when B&O railroad workers unloaded cargo from the Midwest — including cattle, like pigs. Today, Pigtown honors its roots with the “running of the pigs” or “the Squeakness” at the annual Pigtown Festival. Also known as Washington Village, Pigtown is roughly bound by W Pratt St to the north, Monroe St to the west, MLK Boulevard to the east, and Russell St to the south. Known for its classic Baltimore formstone row homes as well as an important working class neighborhood, Pigtown today is a diverse, friendly community with over 40 Habitat homes, and more to come.

Pigtown, the bustling little Southwest Baltimore neighborhood bisected by Washington Boulevard, is somewhat well-known for its annual running of the pigs, or the “Squeekness” as it is lovingly referred to by residents. But what many people do not know about Pigtown is that it is rapidly growing into its identity as a tightly-knit community of residents who live and work there. According to Pigtown Main Street, a non-profit organization dedicated to the promotion of Pigtown’s main street on Washington Boulevard, over 80,000 office workers currently work within a mile of Pigtown’s boundaries and over 361,000 square feet of new office space is planned for even more. Pigtown is growing in leaps and bounds, and Habitat Chesapeake is thrilled to be a part of this vibrant community.
In 2013, Habitat Chesapeake completed a block of homes on Ward St in partnership with the Ravens, including the help from players that are now household names, like Justin Tucker. Today, Habitat Chesapeake looks forward to rehabilitating two homes and constructing three more on the 1100 block of Ward St. 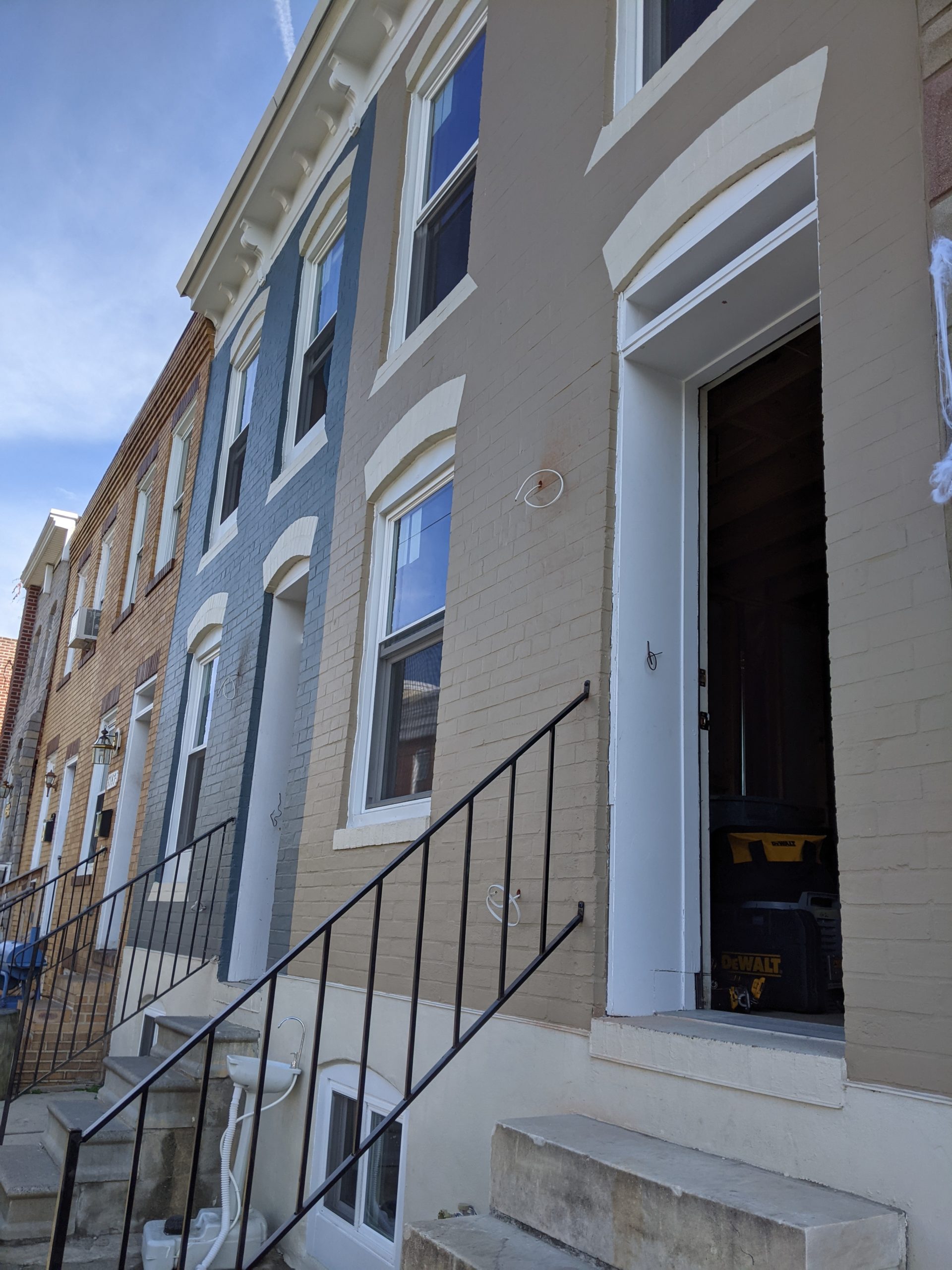 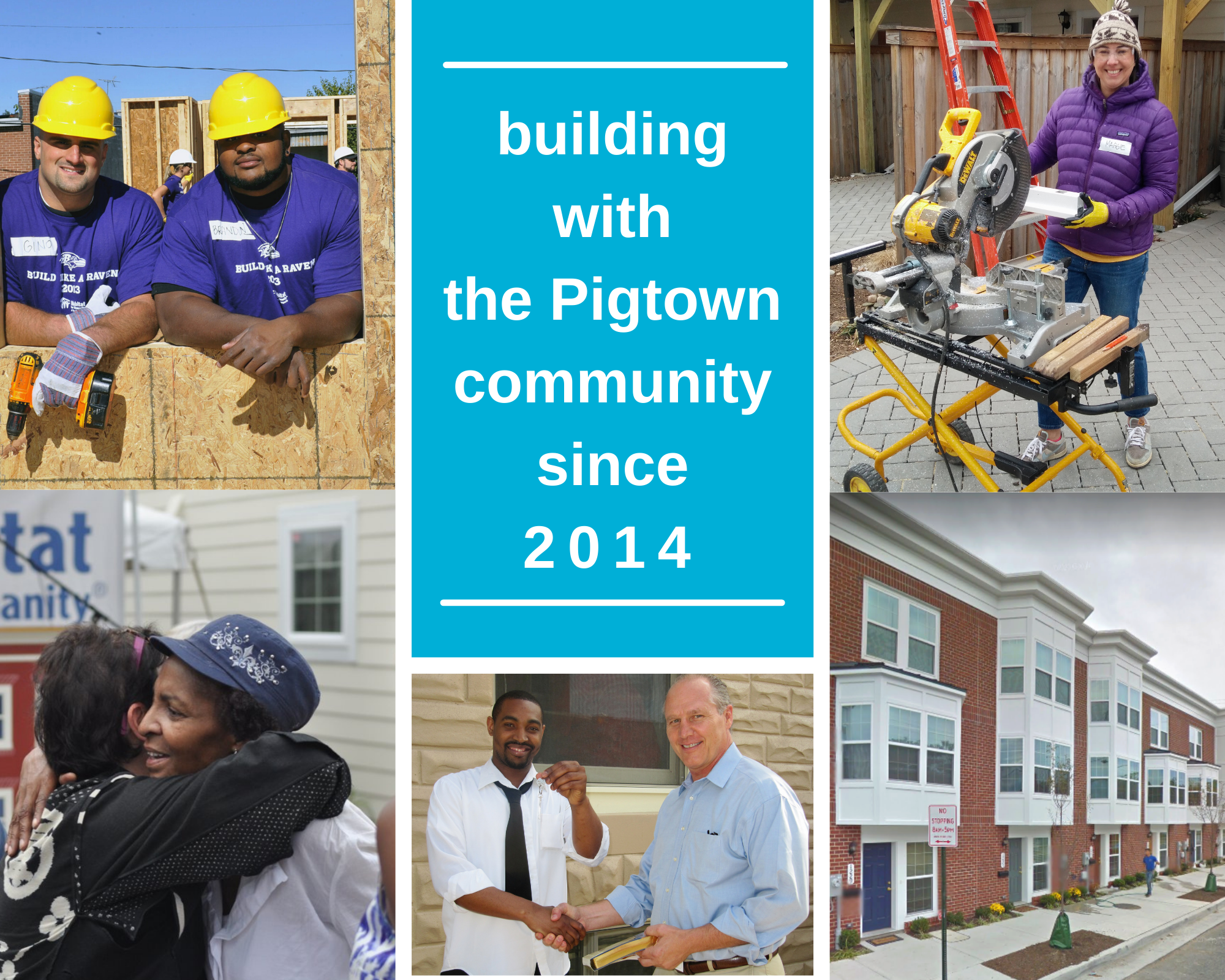 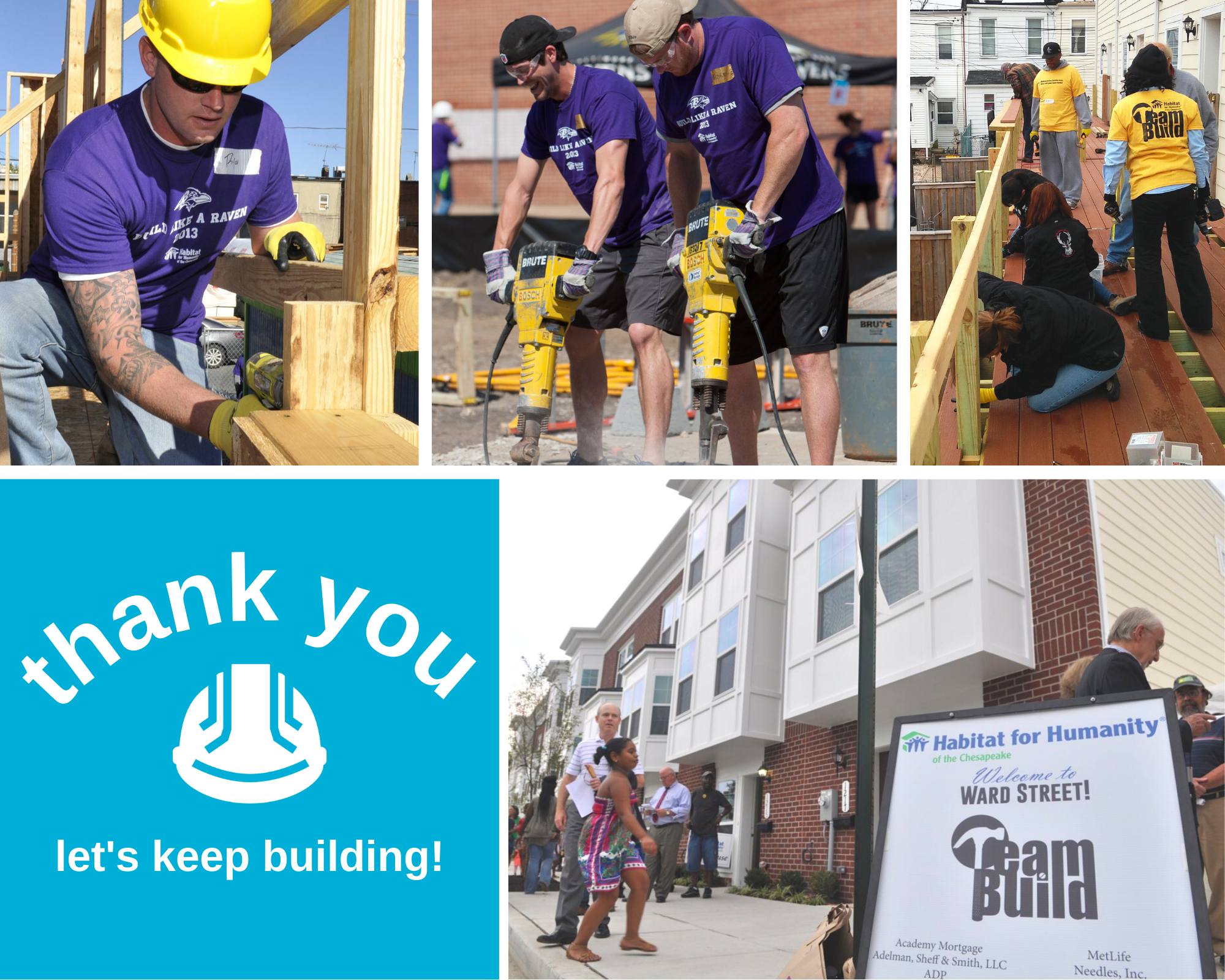 A New Canvas for Baltimore: Habitat for Humanity of the Chesapeake Works to Help Revitalize and Stabilize Baltimore City

A vacant lot in Pigtown is being transformed into nearly two dozen new rowhomes thanks to the Baltimore Ravens and Habitat for Humanity.

Habitat Chesapeake welcomes you explore one-of-a-kind community highlights! You won’t find these anywhere else in Baltimore. 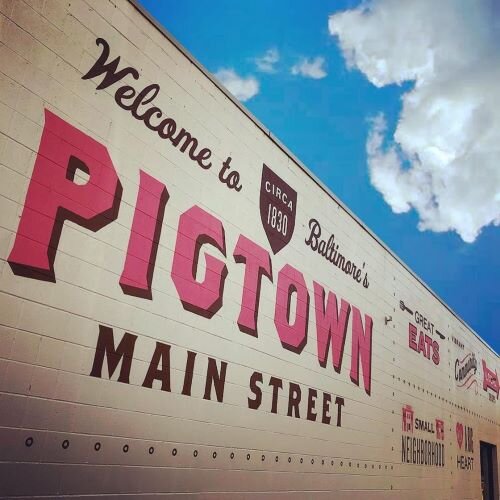 Shopping? Lunch? Snacks for the kids? Pigtown’s main street, a section of Washington Blvd, features local, Black-owned and women-owned businesses for all your needs! 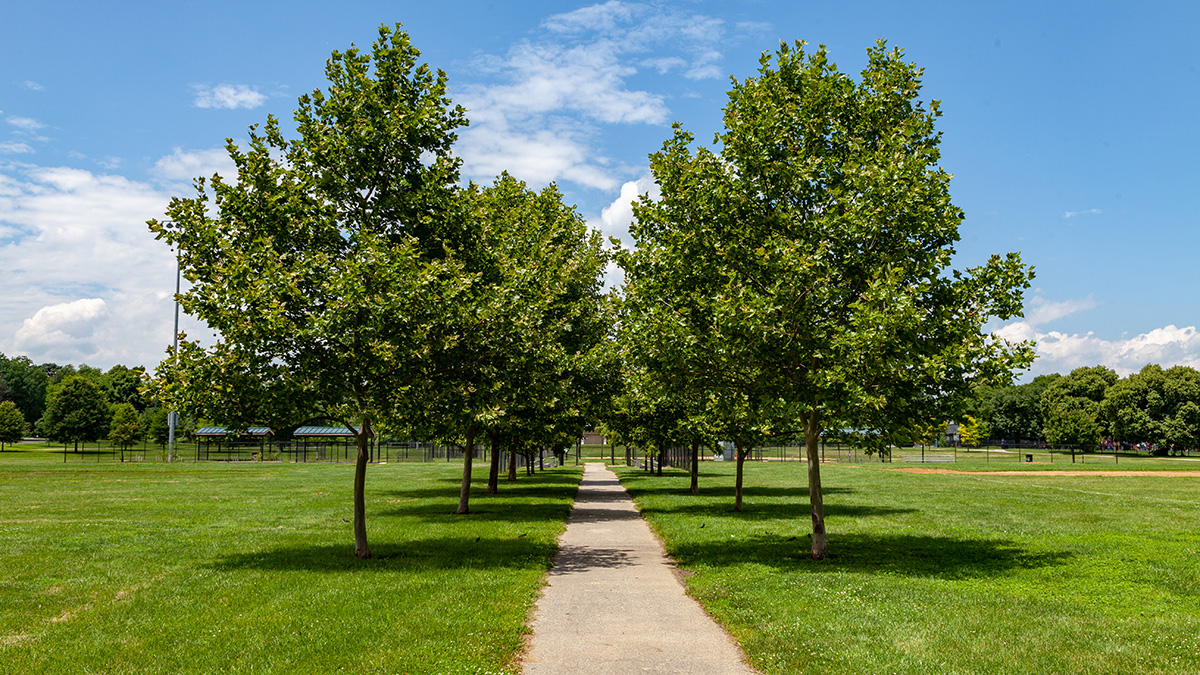 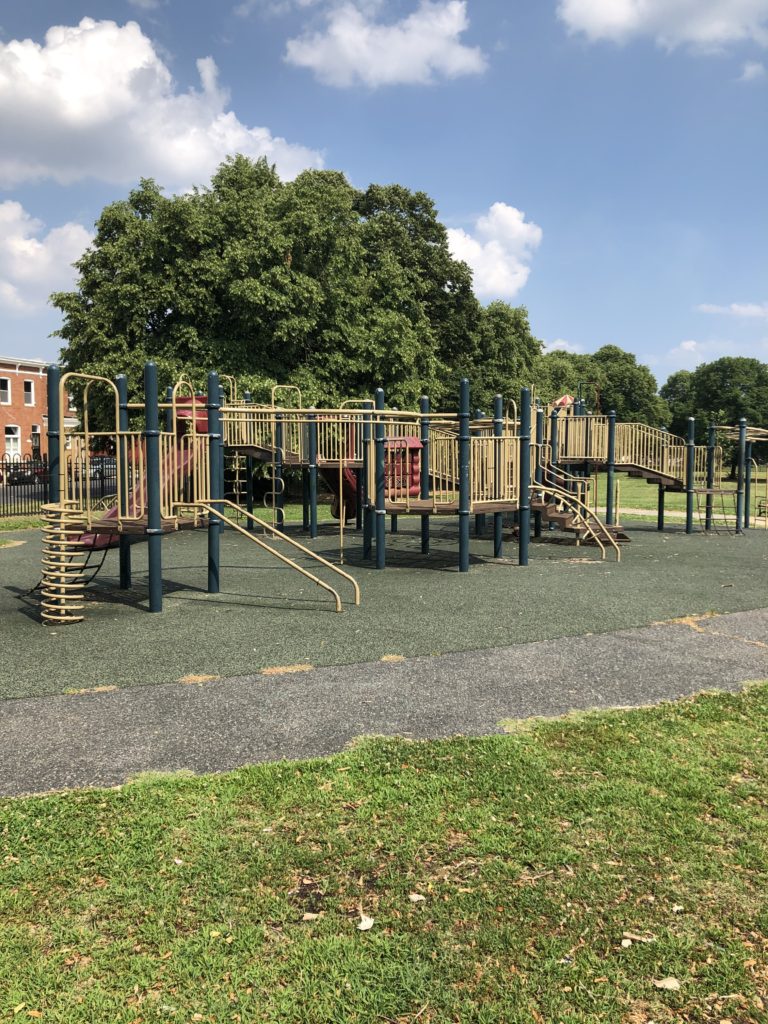 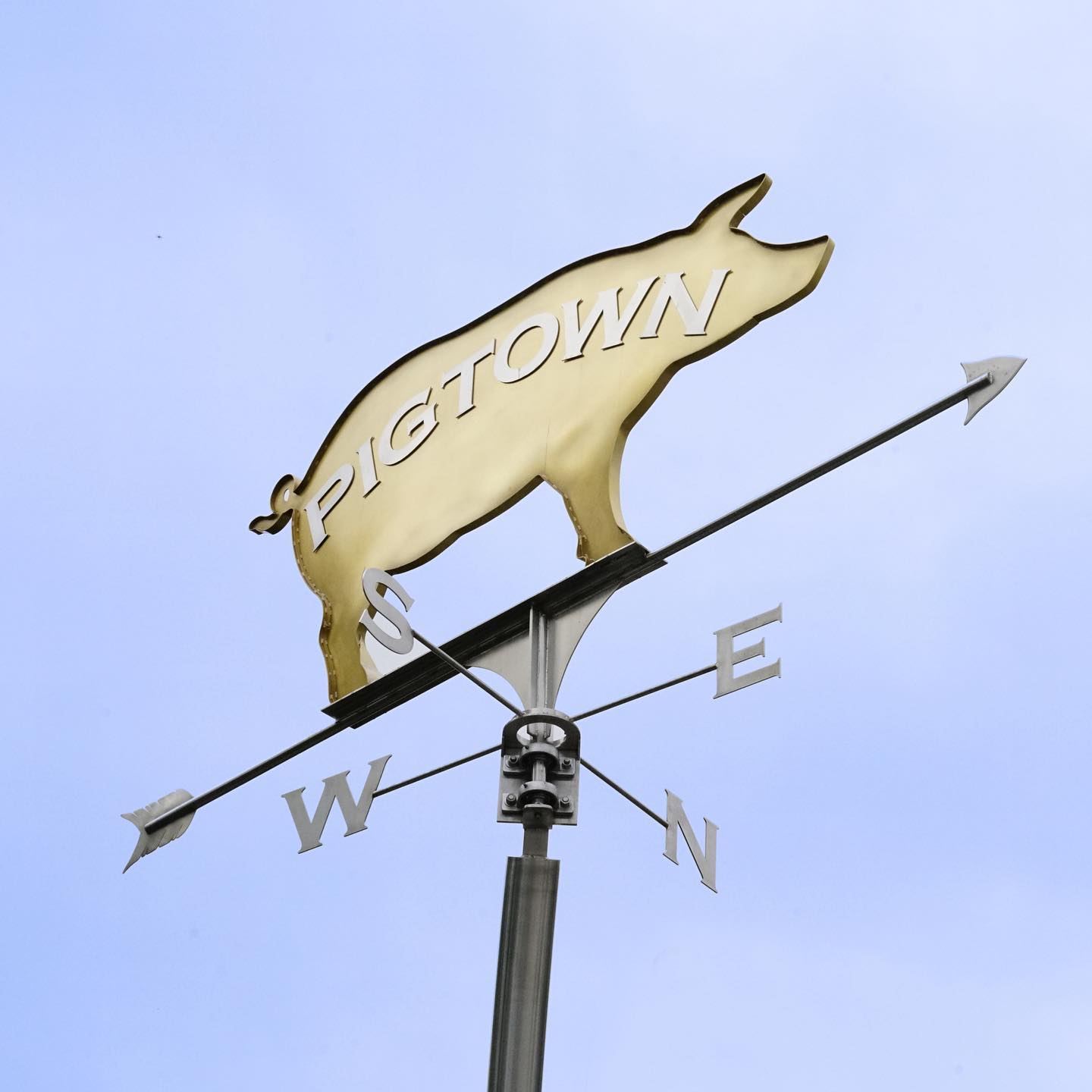 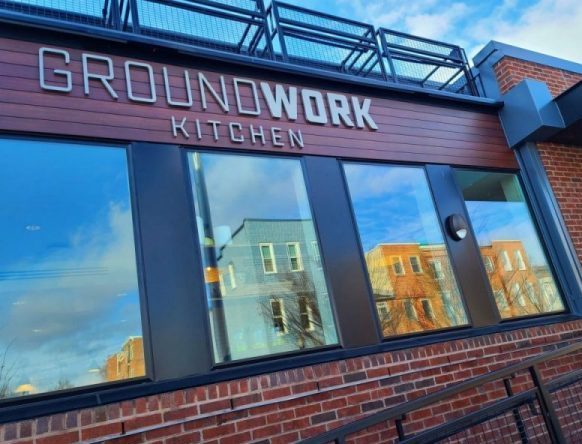 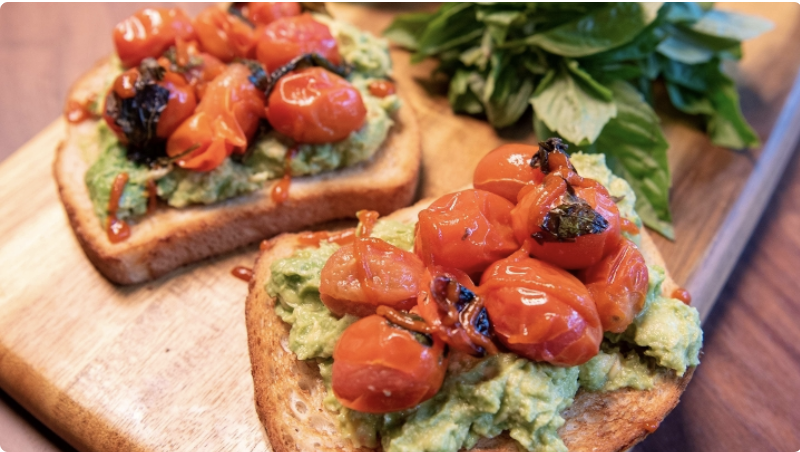 Grab a bite with friends – for a good cause! Located on Pigtown’s main street, Groundwork Kitchen is a state-of-the-art, two-floor restaurant and meeting space with brunch, lunch, and dinner menus, with all of the proceeds helping fund their culinary training programs. Enjoy seasonal and locally-grown ingredients in this beautiful new addition to Pigtown!

Pigtown features a diverse choice of schools, food, fun, and ways to get around

Whether you’re looking for a great place to raise a family, live near your work, or find an affordable start to homeownership, Pigtown offers great options for everyday living.

Families can enjoy nature at Carroll Park and the Gwynns Falls trails, catch a game at M&T Bank Stadium or Camden Yards, or even strap on dancing shoes for a lesson at Mobtown Ballroom. 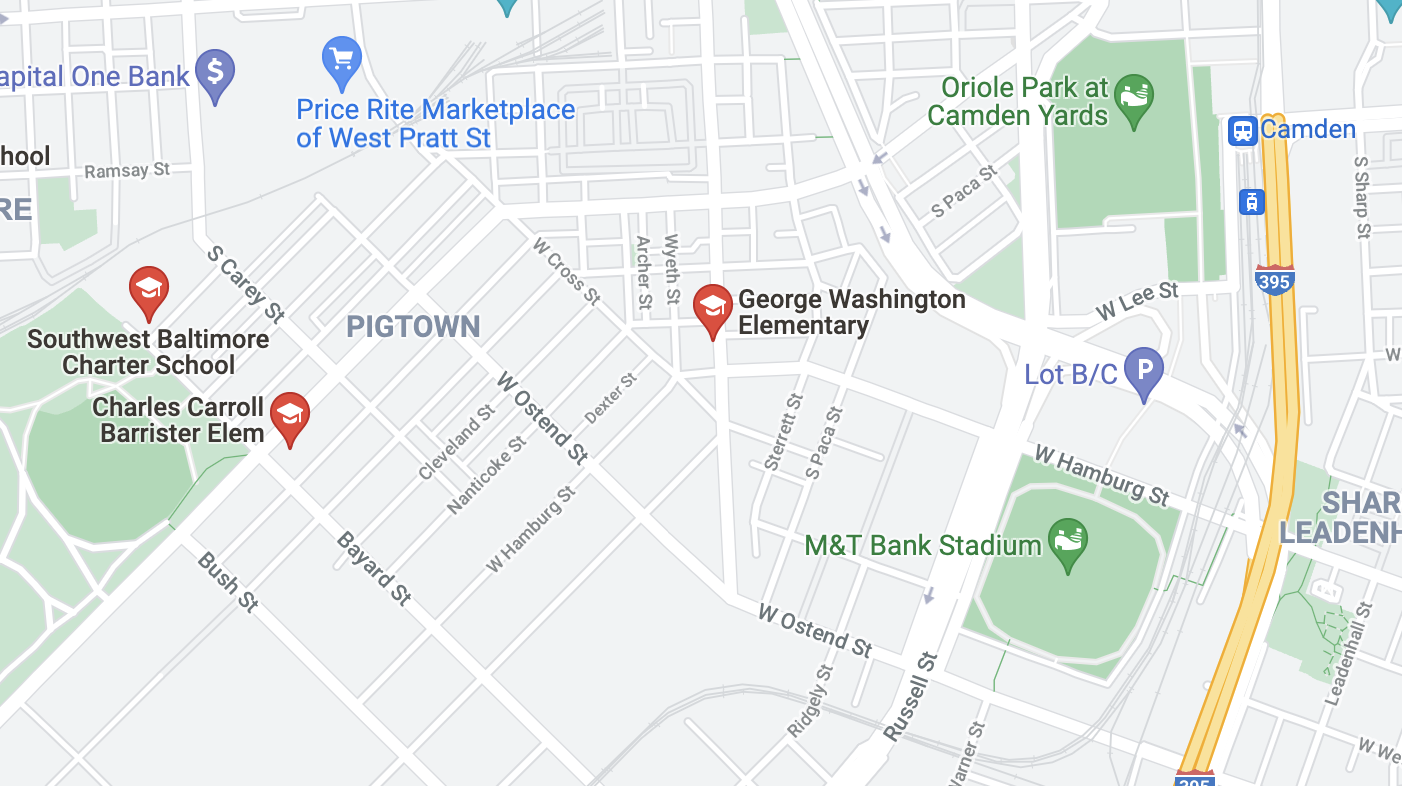 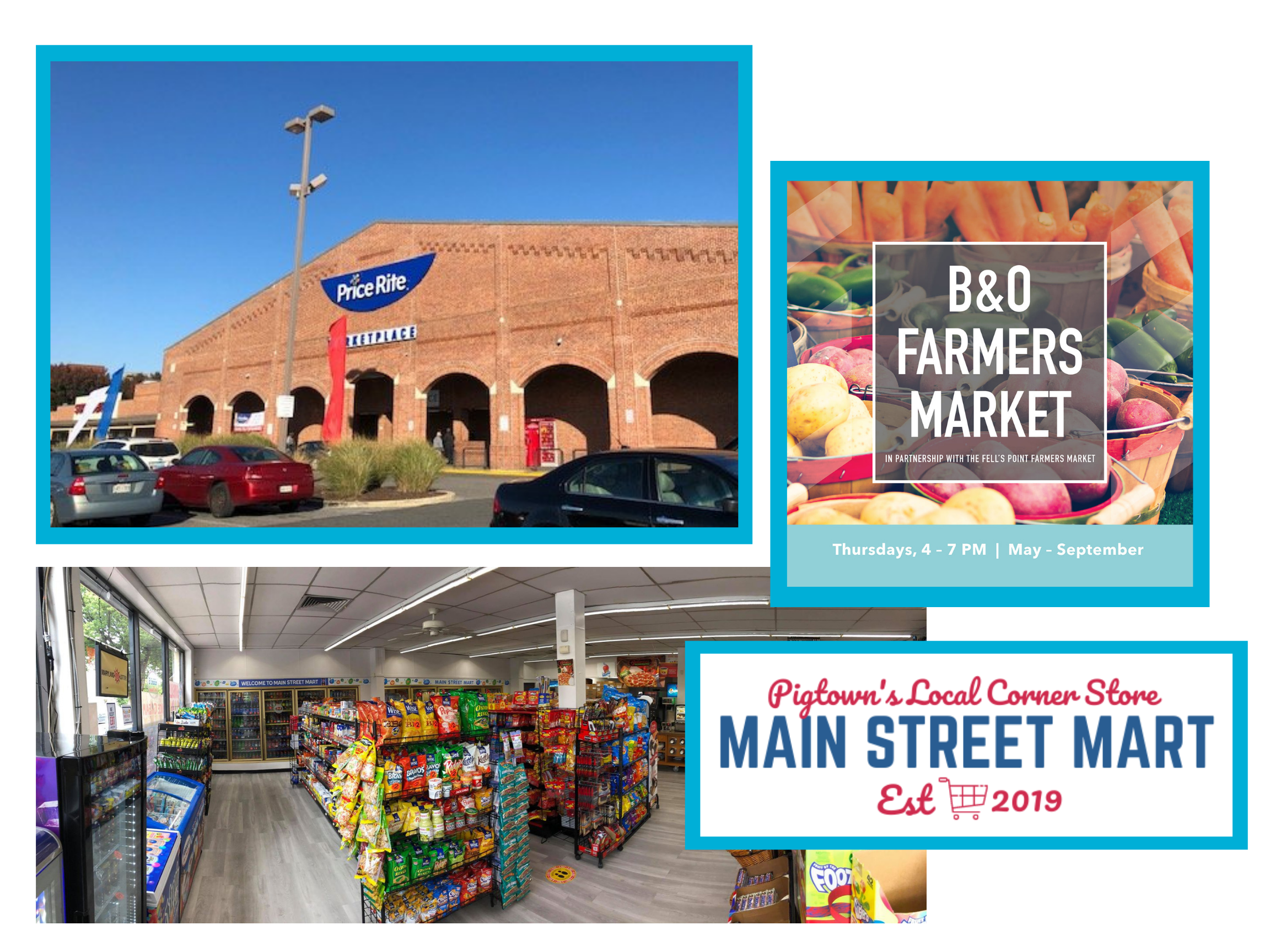 “I’d never owned a house,” says Kariem, 60, who had been living in his mother’s home in Sandtown while also taking care of a young nephew. “I wanted my own house to call home, that’s all. My own place to live and sleep and relax after work.”

Pigtown is home to a wide variety of shops and local businesses, including Black-owned and women-led businesses!

The Citizens of Pigtown is an organization of residents that meets the second Tuesday of the month at the Hamilton Bank Branch, located at 764 Washington Blvd. For more information please contact the Citizens of Pigtown Board of Directors at board@citizens@pigtown.org or visit the website, citizensofpigtown.org, or the Facebook page https://www.facebook.com/citizensofpigtown.

Learn about the program, request more information, and register for our homeowner information sessions!